AFWall+ is an application for rooted Android devices that allows you to easily create firewall rules based on differing network modes. For those fuzzy on the concept, a firewall is a software data barrier between a program or operating system and the outside world.

What’s great about AFWall+ is that you can easily set up simple rules based on when you’re connected to your WiFi network, 3G, or roaming, and these rules are by application, not universal.

Don’t want Zombie Farm or Google Goggles to be able to communicate home while you’re roaming, but fine with them doing so at home or on your carrier’s unlimited 3G? Blocking them from accessing the internet while roaming involves checking a box. Don’t trust your phone to your hacker roommate’s constant network probing? Block everything unneeded from network access while on WiFi. Want to install a program but don’t trust it to not send your contact data to Peru? Use in block-all mode. Its also a pretty useful tool to completely block the Play Store while out and about, in case anyone finds your phone laying about.

AFWall+ appears to edit the iptables firewall rules in your system, and as such killing or uninstalling the application will probably not modify those, so before uninstalling you might want to set everything back to allow-all just in case. I can’t tell if it modifies something in a script or if it executes the rules when it starts up. 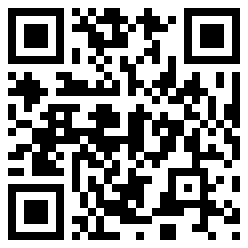 AFWall+ is free although donates are appreciated by the developer. You can download the latest stable version below, or if you’re feeling like playing with some beta software there are a couple of newer versions that address some device-specific issues that I did not encounter on my HTC EVO 4G LTE. You can find those downloads in the official support forum.