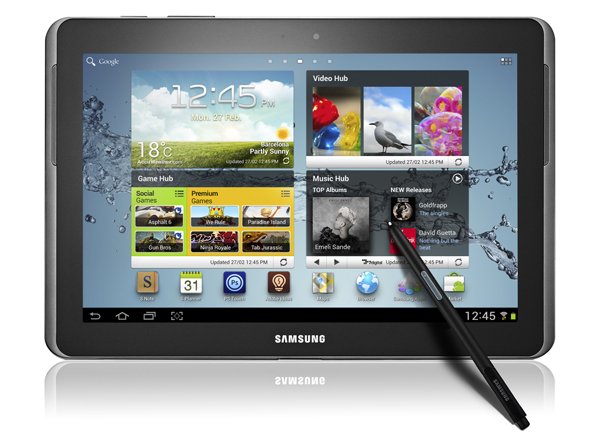 The Samsung Galaxy Note 10.1 has never had a lot going for it, being an expensive but mediocre Android tablet with subpar build quality and with only the S Pen as a redeeming feature. Of course, even Samsung’s customized version of Android isn’t really designed for much use with a pen and doesn’t make the accessory very useful. As a result, a developer and Note 10.1 owner on XDA decided to try something different, and ported Debian Linux to the tablet, with full S Pen support.

A select few Nexus devices and the foreign Kite tablet already run Ubuntu Linux, but the Galaxy Note 10.1 is one of only a few tablets able to dual-boot a true desktop Linux OS, particularly one that isn’t Ubuntu. So far, the Note 10.1’s Debian build includes WiFi, Bluetooth, audio, and of course S Pen support, but GPS and the camera don’t work. Still, the build is quite impressive, and opens the door to a number of interesting functions.

Most practically, it means that the underutilized S Pen technology could be coupled with a more powerful image editing software such as Gimp, which would make the Note 10.1 something of a graphics tablet. It also could be used like the old Windows XP “tablet” laptops favored by businesses, only with the S Pen instead of resistive styli. It also means that other Exynos devices from Samsung could theoretically be made to run Debian more easily, although it would still require quite a bit of effort.

While there probably aren’t many people who are interested in using Debian on the Galaxy Note 10.1, the work done already to get it running is quite impressive, and the S Pen does make the Note 10.1 more useful with a full OS than many other tablets. Anyway, even if it isn’t necessarily useful, I always like to see Linux distributions ported to all kinds of hardware, Android tablets included.