Swype has been in beta and packaged with limited numbers of phones and devices for as long as I can remember, so it’s an interesting day to wake up and find that Swype has finally been released to Google Play and is available for any device.

For those who have not used it, Swype is an Android Keyboard replacement that has a place in the Guinness Book of World Records besides the record holder for fastest time to type a text message.

Users of Swype Beta may want to start saving their hard earned dollars now as on September 14th, 2013 your Swype will be deactivated. It looks like the beta program is continuing however if you’re interested in rejoining, just in a slightly different fashion as you now have to join their forum and join a beta testers subgroup.

The new pay application allows you to disable the Dragon Speech tool, so people who despise that taking up screen real estate can rejoice.

For those interested in trying Swype on their device before committing to such a costly purchase of what may be world’s greatest keyboard, there is a trial of Swype available that will work for 30 days before self-destructing.

Unfortunately Swype’s newest offerings are not free for phones that already have it pre-installed. For that you’ll have to convince your carrier to license it in their next update, which is how most Swype users got it in the first place and the reason it’s been off the market. But it would be nice if Swype offered a discount to those of us who have it preinstalled. 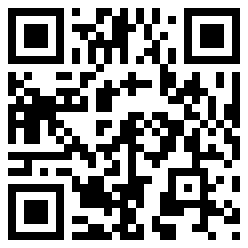 Swype currently features Living Language, a localization/trending word feature to auto add what peole are talking about at the moment, next word prediction, personal dictionary backup and sync for those of us who flash a lot of ROMs, a smart editor that flags potentially incorrect words and figures out what words would fit there to make the sentence make sense, and is available is 60 languages.

Swype is current available for $0.99