Ingress is either an app by Google that collects information about travel between points for aggregation in their mapping software, or it’s a game in which you compete for global domination of mind units by capturing and holding portals, deploying control fields, and collecting items.

We’ve had a quick review of the game back when it was still in beta and lacked quite a few features, and I’ve mentioned it a bit in a few ROM reviews (concerning which ROM worked with it the best), but until now the game was invite only and in beta.

The object of the game is to capture portals using your scanner (the Niantic Project app). Portals are any area of interest (art piece, church, unique local business, statue, etc) that a player has submitted and the game developers have decided is worthy of being a portal. Once portals are captured you can link them, assuming there are no other player links that pass between your portals. Making a triangle of links creates a control field, and based on the rules of the game, anything within that control field is your team’s mind units.

Factions are currently divided between the Resistance, which believes what has been discovered (mind unit/portal energies, etc.) is changing humanity for the worse, and they must protect people from change; and the Enlightened, who think that the change is a good thing and that the Resistance are misguided.

While it sounds like a rather tame concept, setting the players of a free MMO out into the real world has some interesting results inspiring many players to get out and go places they’ve never been, and burn through batteries with the ferocity of a thousand suns. I started playing casually back in the beta days, and over the course of a few months of very casual play, I’m 6/8 of the way to the top and have visited areas of my town I did not know existed in order to hunt down and capture the perfect third portal for my control fields. Along the way I’ve racked up miles of walking, met some enemy players in real life as we both were attacking the same portal, and managed to stroll my daughter as far as she wanted to go in her little buggy while popping portals.

Besides the basics of the game, there are weekly video updates, a running storyline, various segments of the story that can be found when hacking a portal, semi-monthly worldwide events run by Google in which areas are defined and people swoop in to hold control for set amounts of time, and it’s a just kind of all encompassing. You can just start playing and ignore the history and the ongoing story (which is both Google and player generated) if you find it too cheesy, or you can dig in and see months worth of story. It’s your choice. It’s a fun game, you can play it with a baby in tow if such is your lot, and you can devote as much or as little time as you want to it. 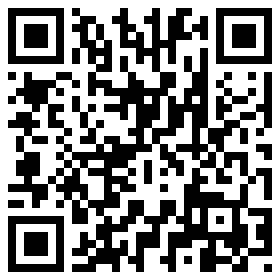 Ingress is free, and available from Google Play. It’s currently Android-only, although you can find third-party iOS apps that, while they work, have gotten people banned from the game.

Note that Ingress will require you to disallow mock locations if you’ve set that up in developer options. This is to prevent location spoofing on unrooted phones. You have to actually be near a portal to claim it.