Rashr is a root tool that allows you to download and install new recoveries, make backups via OpenRecoveryScripting, and flash downloaded IMG files orinstall kernels without a PC handy.

While most of the hardcore root users probably are typing their flashing commands in a terminal service window, those who fear the “dd” command’s ability to overwrite the boot portions of the phone in certain circumstances will probably appreciate another flashing tool.

If you’ve followed Pocketables for a while now, this application feels basically like one of the multiple recovery managers and Flash Image GUI put into one, although without a few more devices handy I do not know whether it’s on par with FIG or not.

Rashr allows you to download and flash different recoveries for your phone on the fly, although it uses publicly sourced options for this so you might want to make sure that your particular recovery is going to work as quite a bit of the time there’s a gaping bug that will affect your device exclusively. Basically, know where a good copy of a recovery for your phone is, just in case.

The nandroid backups and restores are done in recovery, which is a bit sad as if this had online backup it would be a nearly perfect  root tools solution. I don’t think there’s an ability for an online restore at the moment unless you’re just restoring an app or two, and I think Titanium backup may have that covered six way to Sunday at the moment.

The openrecoverscript interface evidently doesn’t allow you to disable MD5 generation, which means you’re going to spend an additional couple of minutes creating MD5sums for your nandroids. In four years of root use I have never had any reason to have an MD5 made of my backups, and probably nearly two hours of wasted phone time has been spent creating them.

Rashr requires root access to run, so if you’re looking for a tool to initially install your recovery and superuser binaries, you’re still out of luck as you’ll need a computer of some sort for most device I’ve played with.

Rashr is free, but if you like it please donate to the author. If you’re not feeling like donating at least keep the ads enabled so the author might get a penny or two in advertising revenue. The developer of this added the classy option of disabling ads, so I’d encourage you to support him if you use this much. 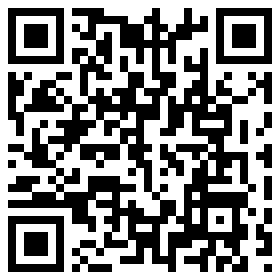